Fundraiser Emily Parsons has started her marathon challenge to raise awareness for a brain tumour charity – and will finish with a victory lap of the Simplyhealth Great North Run on Sunday.

Emily, who lives in Carlisle, will run an average of 30 miles a day in six days as she takes on a coast to coast route from Cumbria, starting on Monday, and on the seventh day will take her place on the start line of the world's biggest half marathon, finishing in South Shields.

Her route will follow Alfred Wainwright's traditional 190-mile footpath from St Bees on the west coast, but will take a detour in Richmond, North Yorkshire where she will run north to Newcastle.

She will be joined by friends on the sixth day who will run with her from the Angel of the North in Gateshead.

The 32-year-old said:  “I contemplated climbing Macchu Picchu or hiking the Great Wall of China, but they didn't seem tough enough. If I'm going to do a big fundraiser then I want it to be the biggest hardest fundraiser of my life and raise as much as possible.

“I've never even run a marathon before, so it couldn't get much tougher for me.” 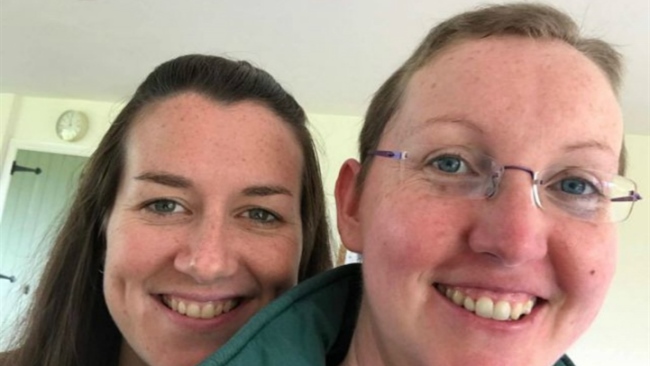 It comes ten years after Rachel's brother Graeme Turner died of the same disease at the age of 28.

Graeme was diagnosed with a grade four tumour in January 2005 and passed away just under two years later in October 2006. After his death his family set up The Graeme Turner Fund, an official supporter group of The Brain Tumour Charity, and have raised over £24,000 in his name.

Now Rachel, from Rowlands Gill, has also been diagnosed with an incurable brain tumour, and has undergone radiotherapy and chemotherapy.

Emily is taking on her challenge to do what she can to support her friend. She added: “I could have climbed a mountain or run a marathon – but it just didn't seem enough compared to what Rachel is going through.”

Rachel said: “My biggest fear since Graeme died has been that I would get a brain tumour too.

“Fast forward ten years, and here I am following in his footsteps with my own brain tumour. I've since found out that the chances of me (the sibling of a brain tumour victim) developing my very own brain tumour are incredibly slim. Ironically, if I'd have known the odds then I wouldn't have worried so much!

“Getting the grade three diagnosis was devastating. I don't know (and don't want to know) the average life expectancy for someone in my position but I know it's not good.”

“I've written letters to the children and have started a scrapbook of memories. It won't come anywhere close to making up to them in the future for my absence but it's all I can leave for them.”

Geraldine Pipping, the charity's director of fundraising said: “Rachel and her family are an inspiration. We are so grateful Emily for raising awareness and funds.

“We receive no government funding and rely 100% on voluntary donations, so it's only through the efforts of Rachel and her family and friends and others like them that we can work towards our twin goals of doubling survival and halving the harm caused by brain tumours.

“Brain tumours are the biggest cancer killer of children and people under 40 in the UK and survival rates have not improved significantly over the last 40 years. This must change.”

The Simplyhealth Great North Run takes place on Sunday, 10 September, and is broadcast live on BBC One from 9.30am until 1.30pm.