A fifteen-month programme of events celebrating the millionth finisher in the Great North Run has been confirmed as a resounding success after studies showed that it made visitors proud to be from the North-East.

The Great North Run Million programme was a partnership project organised and led by Great North Run Culture with Tyne & Wear Archives and Museums to mark 2014 as the year of the millionth finish of the iconic half-marathon.

The programme comprised: the Great North Million Opening Ceremony on Newcastle/Gateshead Quayside, a celebration of the millionth finish and launch for the programme; the ‘Great North Greats’ exhibition and associated events and activities; a comprehensive learning programme for primary schools; and an artist’s residency and community engagement programme. 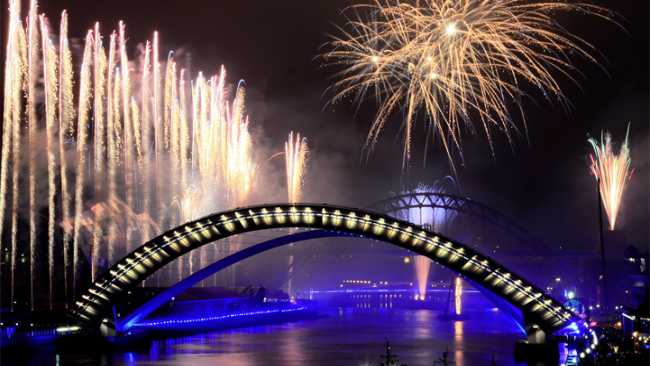 Research conducted after the project’s conclusion in December demonstrated the sense of pride and belonging in relation to people and the North East that it has engendered.

A total of 73% of visitor and participant responses from across the programme said that their engagement had made them “feel proud of the region”. 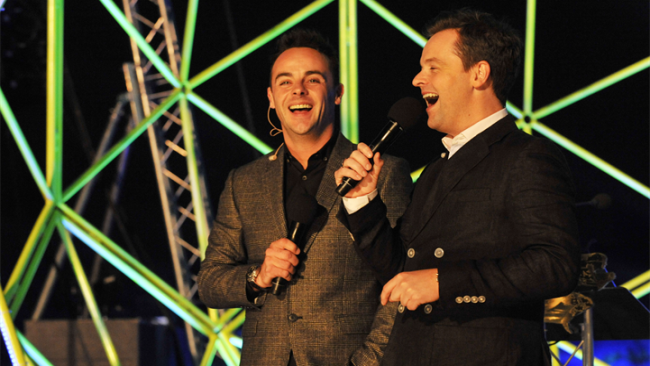 David Hart, of Nova International said: “We’re delighted that the wide ranging programme has been a success and generated such positive feedback.

“The programme of events delivered has served as a big thank you to the people of the North-East for their support and passion over the years.

“It has been a great achievement by all those who have been involved and I would like to thank the volunteers, sponsors, venues and the public who came and supported the events in big numbers.” 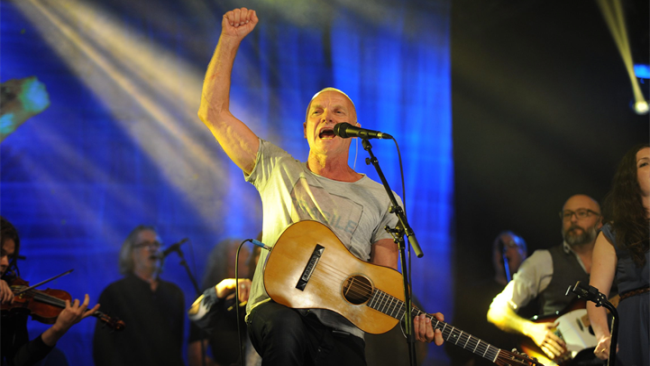 The centrepiece of the Great Run Million programme was the opening ceremony, attended by a capacity 17,000 crowd three days before the Great North Run.

Ant and Dec welcomed the crowds and hosted the event, while a number of international athletics royalty lined up to pay homage to the world's favourite half-marathon, including Mo Farah, Haile Gebrselassie, Baroness Tanni Grey-Thompson, Mike McLeod, and Paula Radcliffe. 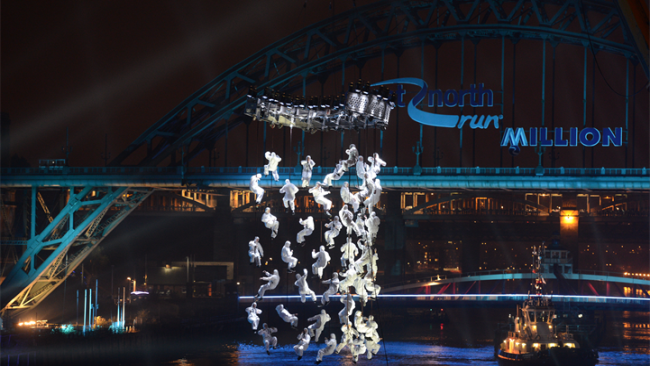 The audience witnessed the spectacular telling of the epic tale of the history of the North East on the banks of the river with fantastic support from Newcastle and Gateshead Councils.

Devised by Bradley Hemmings and written by David Almond, the Great North Run Million Opening Ceremony was narrated by Jill Halfpenny and Tim Healy and featured live music from live music from Sting, Mark Knopfler, The Unthanks and Chase & Status.

Large scale projections by Tal Rosner onto The Sage Gateshead provided an impressive backdrop for fireworks, pyrotechnics, aerial performances, boats on the Tyne, performances from Lords of Lightning, a cast of hundreds, and a giant running woman, aflame as she heads towards the millionth finish. 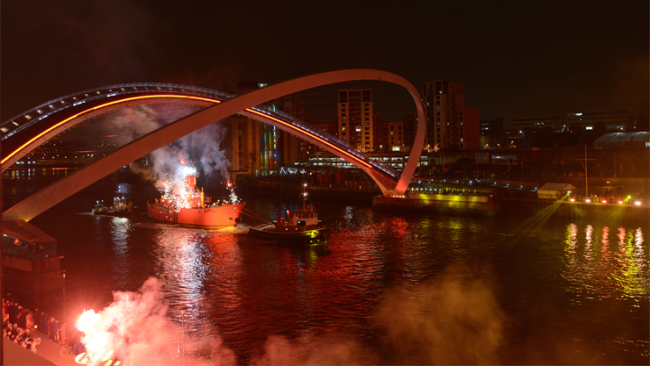 The ceremony on Newcastle/Gateshead Quayside formed part of the Great North Run BBC broadcast which attracted a peak audience of 2.4million, with highlights broadcast to an international audience.

Narrator Tim Healy said of the evening: “It was wonderful – really one to remember.

“It was the history of the Tyne, bringing it all to life with music, dancing, Viking ships, coal barges and narration from the lovely Jill Halfpenny – and me. 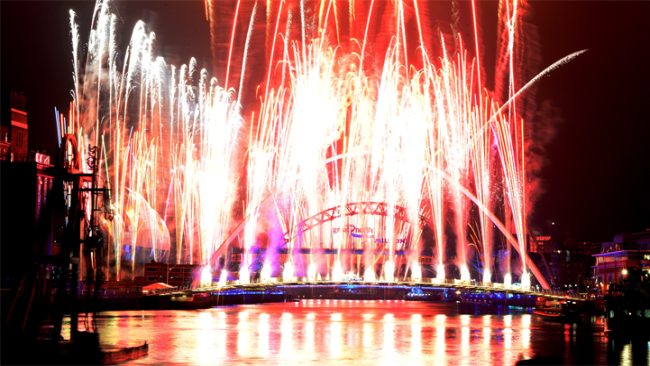 “It was a real special occasion and I don’t think it would have happened anywhere else.”

The subsequent Great North Greats exhibition engaged with 140,000 people over the 15-month period. 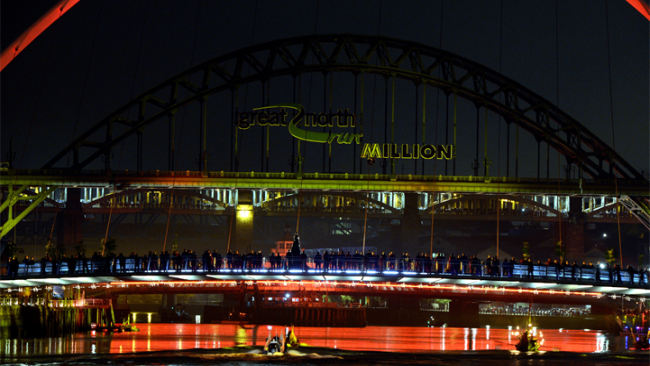 The exhibition moved around venues along the Great North Run course before concluding at Newcastle’s Discovery Museum in October last year.

Celebrating the North East region’s sporting and industrial heritage, the exhibition featured stories of individuals and communities, past and present, highlighting everyday triumphs and ground-breaking achievements from past and present celebrated ‘greats’.

The exhibition focused on five of the North East’s celebrated ‘greats’ within industry and invention: (William Armstrong, Joseph Swan and Rachel Parsons; and sport (Harry Clasper and Tanni Grey-Thompson).

Furthermore, The ‘Great North Greats’ Events Programme included a broad spectrum of activity, from family days to talks and lectures, conferences and participatory workshops. The aim was to offer opportunities for the widest possible engagement with the ‘Great North Greats’ theme from a broad audience across all the age ranges.

Other initiatives within the programme included ‘And Let Us Run’ – a formal learning programme in schools which brought together museum and education specialists with pupils and teachers within a philosophical enquiry-led exploration of the question ‘What is a Great North Great?’; and ‘Objects to See Further’, a residency with artist Matt Stokes culminating in a film shown as part of the exhibition at the Discovery Museum.