The iliotibial band – otherwise known as an ITB or an IT band – is a source of problems for many of our runners which is caused by a number of issues. Here, physiotherapist Paul Noble talks us through one runner’s problems and his pathway to fitness. 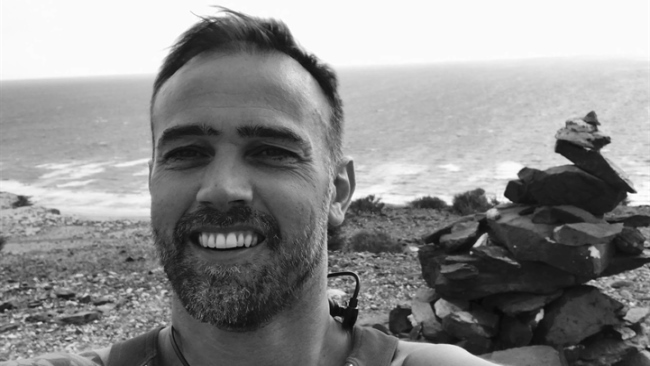 “Grant came to see me for a physiotherapy ‘runfit’ assessment after he had been struggling with ITB pain in his right knee for many years. Despite his best efforts and after countless treatments and massages with different professionals the pain refused to budge.

The iliotibial band (ITB) is a tough fibrous strip of connective tissue which runs along the outside of your thigh connecting the hip to the knee. ITBS is a painful condition that is felt on the outside of the knee. It is often brought on by training errors such as, ‘too much too soon’, inadequate footwear, or running technique issues.

A full body assessment including a full body video gait analysis revealed some poor movement strategies on his right side. Single leg squatting on his right leg highlighted reduced control and a lack of necessary stability around his hip and pelvis. This showed an increased amount of opposite pelvic drop, a falling in of the thigh and knee on the standing leg and an increased compensatory recruitment of flank muscles.

By showing Grant the video of his movement strategy he was quickly able to understand the relevance of the treatment plan I proposed.

The key change which enabled Grant to finally run without an irritable ITB involved incorporating the required strength training into running specific exercises where he could ‘re-learn’ how to engage the correct stability strategy. By progressing from a relatively static exercise through to a dynamic running movement and then onto the treadmill, he was able to successfully recruit the now strengthened hip muscles to stabilise the pelvis and reduce the resultant ITB strain.

Initially, when Grant was learning to engage the correct muscles in the most optimal way, he experienced muscle fatigue very quickly. By feeling the correct muscles fatiguing in this way helped Grant to understand how other muscles had taken over the role of stabilising the hip in a sub-optimal way.

This also had an effect of reassuring Grant that by focusing on slow and deliberate resistance training and working towards remedying the poor movement patterns he would finally solve the problem which had plagued him for so long.

Common faults by therapists when dealing with poor stability patterns leading to tissue overload is to just prescribe strengthening exercises without ensuring the recruitment is re-learnt into the functional task.

Research has shown that performing exercises on their own are not shown to reduce running injury recurrence over the long term. Integrating the strength training with gait retraining has been shown to have the best effects over the short and longer term for keeping injuries at bay.”

Grant remains pain free and is eagerly looking forward to completing his double Sahara marathon this month, running to raise money for the Mind charity.

About the author: Paul Noble is a Musculoskeletal Specialist in all conditions with a particular interest in running injuries, gait analysis and gait retraining. For more information visit bwtphysio.co.uk