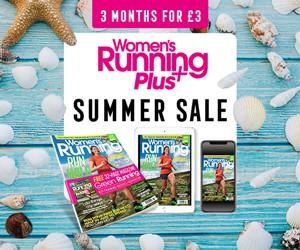 If you haven’t yet succumbed to a runny nose or a bout of the sniffles, then I’m afraid to report that statistics are against you.

According to the Common Cold Centre at Cardiff University, the average adult suffers 2-4 colds a year, with many studies suggesting that immune systems of athletes are more vulnerable to infection.

What science has shown is that gentle exercise (around 30 minutes of moderate activity a day) lowers the risk for respiratory infections, but intense training can weaken the immune system and allow viruses to gain a foothold and spread.

It’s no old wives’ tale that training in cold weather might make you even more susceptible either, with research at the Cardiff laboratories revealing that exposure to biting temperatures really does exacerbate onset of common cold symptoms. When 90 students were asked to have their feet chilled in cold water, then wait for 20 minutes, results showed that the chilled group had twice as many colds over the next five days as a control group of 90 students who were not asked to withstand the same discomfort.

But what should you do if you catch a cold? Whether or not to continue training with a cold is a question that surprisingly stumps many exercise physiologists and infectious disease specialists. We have reviewed the evidence on your behalf:

Listen to your body

The ‘below the neck’ rule suggests that with symptoms above the neck you can carry on exercising, but if symptoms are below the neck, you should take time out.

There’s little doubt that a good diet can both lower your risk of catching a cold and reduce its severity.

Last year, a study published in the Journal of Applied Physiology was the latest to stress the importance of carbohydrate ingestion during training to strengthen immunity.

“Ingesting carbohydrates during vigorous exercise may help, because carbohydrates maintain blood sugar levels,” said Oliver Neubauer, a senior research fellow at the Queensland University of Technology in Australia and one of the study authors.

“Having stable blood sugar levels reduces the body’s stress response, which in turn, moderates any undesirable mobilization of immune cells.”

Of all remedies for the common cold, vitamin C remains the most popular and yet there is surprisingly little evidence to support its use, at least for the general population.

However, Finnish researchers found it might be helpful for athletes. In a series of studies involving more than 11,000 people, scientists at the University of Helsinki gave groups of volunteers a dose of vitamin C and then assessed its impact on their health.

Among the young male swimmers, those who caught a cold and were treated with the supplement shook off their illness twice as quickly as athletes who didn’t take the vitamin.

Popping zinc lozenges may help to reduce the duration of the common cold by nearly three days, according to an analysis research published last year.

“One study indicated that zinc lozenges might be more effective for common cold patients with allergies, but we showed that the efficacy is the same for those with and without allergies,” reported Dr Harri Hemila, a cold researcher at the University of Helsinki and lead author of the British Journal of Clinical Pharmacology paper.

“Common cold patients should be encouraged to try zinc acetate lozenges not exceeding 100mg of elemental zinc per day for treating their colds.”