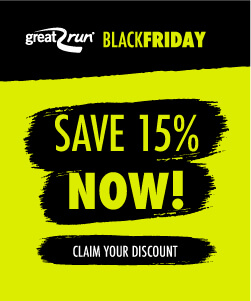 A teenage sailor who suffers from cerebral palsy and controls the yacht by using only her mouth will take on a 5km running challenge to raise awareness about disabilities in the sport.

Natasha Lambert, 19, from Cowes on the Isle of Wight, fell in love with sailing aged 9 after a trip to the Lake District inspired her to want to take to the water.

Her father, Gary, custom made Natasha equipment on her own specially modified yacht, Miss Isle, after she couldn't find opportunities in the area for those with disabilities, as she was only able to go on board as a passenger.

Over the past four years, she has raised £50,000 for charity by sailing around the UK and was also named Young Sailor of the Year in 2014, a title previously held by Sir Ben Ainslie.

Her next challenge is to take on the Great South Run 5k on Saturday 22 October that will kick off a packed weekend of sport in Portsmouth and Southsea.

Natasha relies on the use of her Heart Walker frame to stand and walk and will complete the event with the device, along with a team of supporters including her mum Amanda.

She will begin the event an hour early so she can finish alongside 1,000 others.

Amanda, who is also a trustee of Natasha's charity, Miss Isle School of Sip-puff Sailing, said: “Natasha is a happy, fun loving, tenacious teenager, that loves adventure, socializing, and helping others.

“Tash hasn't been able to help with things like making a cup of tea or tidying her room, but has found a way of activiely helping in society by fundraising, using her sailing and walking.

“She started fundraising at the age of 13 and is always looking for another challenge. By taking part in the Great South Run 5k, Natasha is hoping to encourage others to take part in sport.

“She loves being outdoors, and really wants to share her passion with others and hopefully inspire more disabled people to take part in sport.

“After attending an activity centre in the Lake District, Natasha developed a love for sailing but nothing on the Isle of Wight offered her any chance of independent sailing.

“So my husband worked on a specially made device that would allow her to sail herself. She uses a single straw that is housed in a helmet and the straw is connected to the rudder. As she sips the boat turns to the right and a blow or puff the boat steers to the left.

“To change the angle of sails, Natasha can change the mode of the straw to sail by moving her tounge across a light sensor and operating the winches.”

Natasha was born with cerebral palsy due to lack of oxygen at birth, which meant that all of her limbs and speech were affected.

She requires 24-hour support with most aspects of her life but has gone on to achieve many of her goals and receive a Pride of Britain Award as well as becoming the youngest person in the country to receive a British Empire Medal.

The Great South Run 5k is a popular event for first time runners and kicks off a huge weekend on the south coast.

The 5km course is perfect for beginners and features a fast and flat course with beautiful views of the Isle of Wight and the Solent.

The event is followed by the Junior and Mini Great South Run before culminating in the Great South Run, the world's leading 10 mile run, on Sunday 23 October.

Amanda added: “The event will be particularly difficult for Natasha as will be in front of crowds of people and her muscles can spasm with tension making it hard to move effectively.

“It will be a huge achievement for her if she can finish it with everyone watching.”