A RUNNER will push his wheelchair-bound brother around the world’s biggest half marathon next week to raise funds for a charity that gives people like his sibling a new lease of life.

The Simplyhealth Great North Run is sold out every year and has become a must-do event in the running calendar, forming a part of many runners’ bucket lists in the process.

For that reason, John Gartland will be sharing the experience with his brother Peter, who was diagnosed with a rare neurological condition at the age of five and was told he could never walk.

The Simplyhealth Great North Run has grown to be the biggest half marathon in the world, with 57,000 participants each year taking on the 13.1 mile route from Newcastle, across the iconic Tyne Bridge and to the South Shields coast.

Peter and John will be taking part to raise money for the Sunshine Fund, after the brothers saw the positive effect a specially-modified wheelchair had on Peter’s life. The Sunshine Fund also assist people with financing wheelchairs and other vital modifications to enable independence.

Peter was diagnosed with hereditary motor sensory peripheral neuropathy 111 at the age of five, which left him unable to stand without falling over, unable to walk or play sport.

This led to depression throughout his teenage years, which affected his performance at school – but this was alleviated when he was supplied with an electric scooter.

Constant physiotherapy allowed Peter to at least walk down the street, but

more disappointment was to follow as he was diagnosed with scoliosis, a curvature of the spine which placed pressure on his major organs. 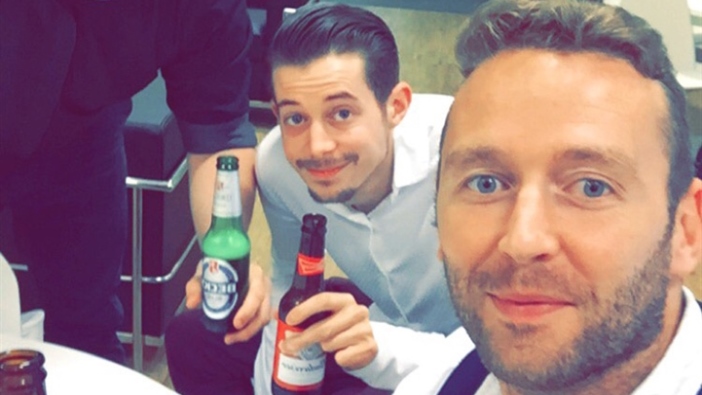 Peter was able to obtain a specially modified wheelchair, which strengthened and supported his back, reducing the risk of further damage.

Peter, now 27, is now a partner in content marketing business Andrew And Pete, based in Newcastle, home of the Great North Run, and is looking forward to taking part in the iconic event alongside his brother.

Peter said: “It’s charities like the Sunshine Fund that help support families dealing with disabilities like mine, and give them the money to buy equipment like this.

“And that’s why I’m doing the Great North Run, to raise some money for the Sunshine Fund so that they can help others like me with disabilities to regain their lives back.”

John added: “That was the moment he started enjoying his life and was able to interact with people, seeing how far he has come and interacting with people is great.

“We want to see others benefit from it. There are lots of people in the same position and the difference since he’s had the chair has been unbelievable. We want to see another person have the same happiness.”

While this will be Peter’s first experience of a mass participation event, older brother John is no stranger having previously taken on the Great North Run in 2011, alongside many other events over the years.

He said of the challenge: “I pushed Peter around Alton Towers once and that was hard enough. I think it will be a struggle. I’ve done a lot of marathons and my knees do get sore towards the end.

“I thought my brother would love to do something like this, so that’s when I approached him.

“I remember there being a few hills but I’ll be pushing our Peter nevertheless – the crowds were fantastic on the day and they should get us through.

“He’s my little hero with his outlook on life. I’ve always been a pub landlord but a year ago he inspired me to give up my job and set up a cleaning company, all through him inspiring me.

“That’s what he does, he’s an inspirational guy and I’m quite lucky to have him as my brother. That’s why it will be a special day for us both.”

The Simplyhealth Great North Run takes place on Sunday 10 September, and is broadcast live on BBC One from 9.30am until 1.30pm. For more information visit greatrun.org/north