A man will lead a team of runners to take part in the Simplyhealth Great South Run in memory of his beloved cousin who took her own life at just 27-years-old.

Laura Hyde, from Swindon, was a Royal Navy nurse in Plymouth and passed away in August 2016 after taking her own life at her home.

She moved to Plymouth for work where she served as a nurse for three years. Laura battled with a variety of mental health problems before her death and since her passing, her family have dedicated their time to raising awareness about providing mental health support to those in the emergency services.

Laura’s cousin Liam Barnes led a move to set up the Laura Hyde Foundation in her name, a charity that focuses on mental health support for medical and emergency services.

The charity aims to help those working across the NHS, police and fire services to deal with the emotional trauma and to develop self-care in their profession.

Liam will join a team of around 20 runners who will take part in the Simplyhealth Great South Run on Sunday 21 October to raise funds for this charity, The Laura Hyde Foundation.

The team chose the world’s leading 10-mile running event in Portsmouth because of the city’s and Laura’s close connection to the armed forces.

Liam, 34, said: “Laura and I were very close as we were both only children and sole cousins. She was so full of life, which is one of the reasons why we found her passing so hard to take.

“After she died, we found there was a gap in the charity sector to provide a level of support and care to those in the emergency services like Laura was.

“We felt like the best legacy we can give from the horrendous loss that we experienced with Laura’s passing is to help others who find themselves in a similar situation to what she was in.

“As a person, Laura was probably one of the most selfless and kind people you could ever meet which is why we see the foundation as a fitting tribute to her.

“We founded the charity in late 2017 and have received a lot of support. We often forget about the trauma, conflict and high pressures that nurses, doctors and other emergency services staff have to face on a daily basis and we want to offer guidance and support to anyone who needs it.

“Laura spent a lot of time in Portsmouth because of her connections to the Royal Navy and so a team of us decided to sign up to the Simplyhealth Great South Run as a fundraising event.

“There’ll be around 20 of us taking part on the day and we will have many more supporters coming to cheer us on, hopefully around 100!” 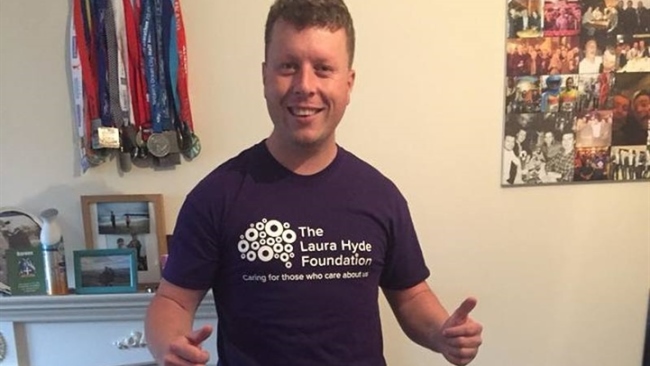 The team will join 20,000 other participants at the Simplyhealth Great South Run, across a fast and flat 10-mile course that allows runners to celebrate everything that’s great about Portsmouth.

The run starts on Clarence Esplanade and allows participants to go through Portsmouth Historic Dockyard before they return to the sea front to experience a unique finish line feeling overlooking the Solent.

Liam, who works in hopes that the charity can also help others to talk about how they are feeling more often, aiming to break down the stigma of mental health problems.

He added: “We want to raise awareness in the long term so that people don’t feel ashamed to ask for help but also that people ask others about how they are feeling.

“How often do we ask people in high pressure jobs like the emergency services how they are? I believe if Laura had felt like she was able to talk about her problems then the outcome may have been completely different.

“We hope to create a big visual presence at the Simplyhealth Great South Run, so that we can give as many people as possible information and awareness about mental health.

To find out more about The Laura Hyde Foundation and to donate, visit: https://laurahydefoundation.org