A father whose baby son was shot in the head with an air rifle and was given less than 1 per cent chance of survival will take on a fundraising challenge for the air ambulance service that saved his life.

Harry Studley, from Bristol, was shot in the head by the rifle when he was just 18 months old while playing at a family friend's house last July.

The extent of Harry's injuries were so severe that doctors told his parents Ed Studley and Amy Allen that they were almost one hundred per cent sure he would not survive.

They were told to prepare themselves for the worst as Harry was on life support and had suffered severe fractures to his skull and swelling to the brain.

Thankfully he pulled through but the family were faced with an agonising three months in Bristol Children's Hospital.

Harry, now two, continues to have medical issues and suffers from daily seizures as the pellet is still lodged in his brain. But Ed believes that the quick thinking actions of the Great Western Air Ambulance who rushed to Harry's aid ensured that he is still here today.

He has now become a volunteer for the Air Ambulance and will take on a running challenge at the Simplyhealth Great Bristol 10k to raise funds for the charity.

Ed, 22, said: “I was at work on that faithful day when I received a call from Amy who was hysterical. “She said that Harry had been shot and I just couldn't comprehend how it had happened, I was completely shocked.

“Harry's life hung in the balance and we were so lucky that the Great Western Air Ambulance critical care team were soon at his side by helicopter.

“He had to be revived on the way to hospital but the treatment that he received by the team meant that his brain had been protected and if it wasn't for their quick thinking, I don't think Harry would be here today.

“We never gave up on Harry, even when the hospital told us to go and say goodbye to him because there was less than one per cent chance of him living.

“He was placed in a clinically induced coma and had an operation to try and improve the skull fracture that he had suffered.

“Five days later, Harry came round but the recovery process was an extremely long one.

“He faced physiotherapy sessions to get him to where he is today and still to this day has seizures and weakness on his left hand side.

“He also can only partially see out of both eyes. He will probably struggle with his injuries for the rest of his life but we are just so lucky to have him in our lives.” 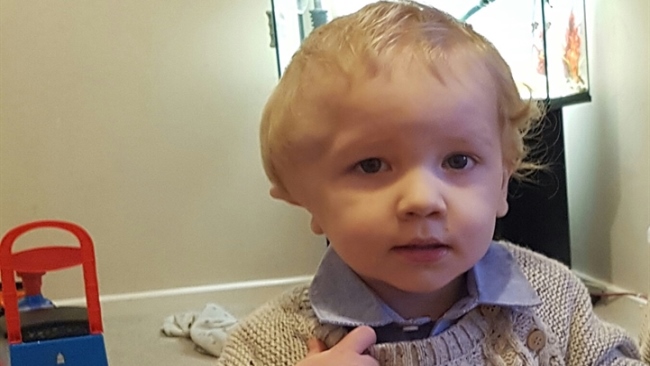 After three long months in hospital, Harry returned home with his mum and dad and it was then that Ed began to think of ways to repay the air ambulance service.

He signed up as a fundraising volunteer and decided to take on the Simplyhealth Great Bristol 10k as a way of supporting them when it returns to the city on Sunday 7 May.

Ed will join over 12,000 others on his first 10k running event that features a tour of Bristol, passing the along the Avon Gorge and under the iconic Clifton Suspension Bridge.

He added: “It took just four minutes for the helicopter to be in the air and on the way to Harry's aid.

“I could never thank them enough for saving my son's life and I knew that as soon as we found out that Harry was going to make it that I wanted to do something to support the air ambulance.

“Our lives have drastically changed after Harry's accident but we have been prepared to cope with any obstacles that come our way.

“Telling Harry's story and doing something like the Simplyhealth Great Bristol 10k is a fantastic way of making people aware about the amazing work that the Great Western Air Ambulance do and how much of an important cause it is to contribute to.”