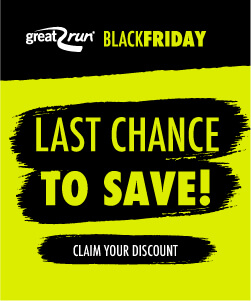 A man who was told he wouldn’t live until he was 50 if he didn’t change his lifestyle lost a huge 17 STONE after ditching takeaways and taking up running.

David Huson, from Wallsend in Newcastle, saw his weight reach 34 stone after enjoying years of eating takeaways and binge drinking.

David’s life was turned upside down because of an embarrassing incident when he had to request to have a seatbelt extension on a flight during a summer holiday to Turkey, followed by a make-or-break discussion with his doctor who told him if he didn’t change his life he would not live to the age of 50.

The two moments inspired David to put his life in his own hands, refusing gastric band surgery and joined a slimming group

He took up running as a form of exercise and within two years, 6 ft 7 David has now lost a grand total of 17 stone.

He is a regular at his local gym and often tries to run once a day and his efforts have also inspired his wife Alison to embark on her own weight loss journey, losing two stone.

He now stands at a healthy 16 stone and is a confident runner, who is taking on the Simplyhealth Great North 5k when it returns to the NewcastleGateshead Quayside on Saturday 9 September.

David, 46, said: “In 2014 I went for a medical check-up, after being left embarrassed when I was on a flight and I had to be given an extended seatbelt to fit around me.

“The doctor was very honest with me and said that I needed to change my lifestyle or else I would not see my 50th birthday.

“It was a huge shock and I had booked in for a consultation on a gastric band surgery, but I then thought I would have a go myself.

“I started Slimming World and persuaded my wife to join me too. I stopped the takeaways and learned how to make fresh and healthy alternatives.

“I realised that I was eating rubbish all of the time, a lot of takeaways at least three times a week and that shouldn’t be happening.

“I worked unsociable hours and so I always ate at the wrong time of the day and ate the wrong type of food.

“Now I always make sure I have fruit and vegetables with my meals and I have learned to make the right choices with my eating.

“I then joined a running club and the weight started to really fall off me. People now don’t recognise me in the streets because my appearance has changed so much.

“It’s still interesting to see the look on people’s faces who I have not seen in a while as they would walk past me and not realise it was me.

“I feel so full of life where before I could not find the energy to even get up the stairs.

“I am a completely different person and I feel a lot happier because of it. The weight just kept coming off me and I look back now and still cannot believe that I was that person before.”

The 5k shorter distance running route takes participants along the river Tyne and crossing the Gateshead Millennium Bridge before heading towards the finish line.

David, who works as a CCTV engineer, added: “When I started to feel more confident, I joined Heaton Harriers running club and fell in love with running.

“It was something that I loved doing when I was younger and always wanted to take it back up but I always made excuses.

“At first I found it difficult, but taking on a 5k event gave me great motivation and it was a good beginner’s distance to aim for.”

Entries for the Simplyhealth Great North 5k are open. Enter at: Greatrun.org/North5k