DURACELL has announced that some of Britain's most well-known former athletes will be taking on the Duracell Bunny Challenge at this year's Simplyhealth Great Run Series, becoming Duracell Bunny pacers to help thousands of runners go further for longer.

Olympic medallists Kelly Sotherton and Jason Gardener will be the latest runners to don the famous Duracell Running Bunny ears as they compete at races throughout the series of mass participation events that began in 1981 with the world famous Great North Run. Renowned for their prowess over short and middle distances, the pacers will be tasked with running further than they have ever done during their careers and helping power participants to safely finish their race.

Kelly and Jason will become the running embodiment of the Duracell Bunny, one of the nation's most loved brand mascots, helping and encouraging runners to run for longer and achieve their goals as they take on distances of 10k, 10 miles and half marathon. As well as going for longer, the duo will also compete against each other to see who can get closest to their allocated pacing time at their respective events.

Birmingham-based heptathlete Kelly, who is best remembered for winning bronze at the 2004 Athens Olympics and bronzes in Beijing in both the heptathlon and 4x400m, will kick start the ‘Duracell Bunny Challenge' by going for longer at the Simplyhealth Great Birmingham 10k on Sunday.

Jason, now President of UK Athletics, was part of the 4x100m sprint team that stunned the world to claim gold in Athens. He will be tasked with going from 100m to 10,000m by becoming a pacer at the Simplyhealth Great Manchester Run on Sunday 28 May 28, marking a return to the city 15 years after his Commonwealth Games gold medal-winning triumph there. 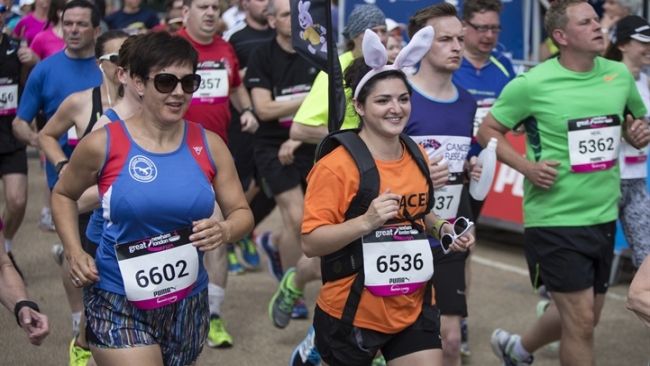 Brendan Foster, former Olympic bronze medallist and founder of the Simplyhealth Great Run Series said: “It's fantastic to see the Duracell Bunny pacers continuing into the series this year, and fitting that Kelly and Jason are going to be helping inspire other runners while taking on the ‘Duracell Bunny Challenge' to go for longer than they're used to.

"As always, we'll be ensuring that the pacers more familiar with the distance will also be on hand to communicate their knowledge.”

Kelly Sotherton said: “It's a great honour to be pacing during this year's Great Birmingham 10k, and taking on the ‘Duracell Bunny Challenge' in my home town makes it even more special. While 800m is the longest distance I used to run in the heptathlon, I'm confident about going for longer at the Birmingham 10k and I hope the other guys can manage to do the same.

"I'll be helping to pace with some brilliant experienced Duracell Bunnies who can hopefully share some of their knowledge to get me through it. I also can't wait to beat Jason with my pacing time.” 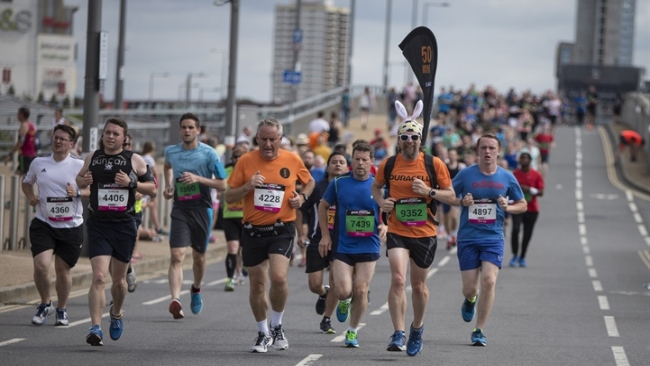 Jason Gardener said: “I'm looking forward to returning to Manchester, this time as a Duracell Bunny pacer. The competitive edge that took me to the top in my career is still burning strong, so knowing that Kelly is going for longer too makes me more determined to do this right. I appreciate that this isn't a natural distance for me but I also have a lot of respect for the amazing job the Duracell Bunny pacers did last year, so I'm going to embrace the challenge and do my all to get both myself and others across the line on the right pace.”

"The support of Kelly and Jason taking on their respective pacer challenges and going for longer continues that story of embedding Duracell's power and longevity credibly into the running community.”