Bristol, Be Your Greatest. To enter the Simplyhealth Great Bristol 10K visit: Greatrun.org/Bristol10k

Four popular influencers joined an audience of inspiring runners to officially launch the Simplyhealth Great Bristol 10k and Half Marathon, the two exciting and long-standing running events in the city.

The group offered advice to the audience through a panelled question and answer session in the city ahead of the first event, the Simplyhealth Great Bristol 10k, which takes place on Sunday 5 May.

Among the influencers was adopted Bristolian Elly Curshen, AKA Elly Pear, who has signed up to run her first 10k with 13,000 others at the event. Elly, owner of the city’s former Pear Café and best-selling cookery author has amassed a social media following of over 50,000, documenting and encouraging others to cook from scratch.

She is passionate about trying new things, which has inspired her to take on her own 10k challenge.

Elly said: “In May last year I started a Couch to 5k course and was really enjoying it but then I gave up after two weeks. “A few weeks ago, I decided to set myself the challenge of running the Simplyhealth Great Bristol 10k as a way of trying something new and motivating me to start running again.

“With the help of Great Run’s training plan I ran the furthest I ever had done without stopping which was a big step forward for me, so I’m hoping my journey can inspire others to do the same and join me at the event.”

Elly joined a host of popular figures from around the city to offer advice to runners on motivation, eating well, reaching the 10k distance, getting faster and fundraising.

This Mum Runs founder Mel Bound was part of the panel, describing how her life changed as a runner and a businesswoman with just one Facebook post.

Described as one of the 100 most influential women in the west, she set up the iconic running community after feeling frustrated about her lack of physical activity after having a child and wanting to find someone to run with.

After 18 months, This Mum Runs has grown into 8,500 runners in the Bristol and Bath area alone, offering free running meet-ups as well as training courses and an online store.

Mel said: “My dream is to empower mums everywhere to make time for themselves, to be healthier and happier.

“For busy people juggling work and family, training can sometimes feel overwhelming. The Simplyhealth Great Bristol 10k is achievable for anyone with the right basic training and a little bit of organisation.

“At This Mum Runs, we run for headspace and to feel free, not for pace so I would tell anyone to not worry and just enjoy it. It’s great to be able to run with a group and explore a city like Bristol and to do something new that is just for you.

“Being part of a community and empowering others is great for motivation and your achievement is cheered on with great energy on event day with the support of your friends.”

Aaron Seldon, from Gloucestershire, started running as a way of clearing his head after battling a period of depression and instantly fell in love with the sport.

He is driven by achieving a personal best and constant improvement in running and now documents the highs and lows from his races to his 11,000 Instagram followers, where he is known as @bristolrunner.

Aaron said: “I started running to overcome the stress of modern life. I found that spending an hour every few days helped me to clear my head and it was like a reset button. My first ever race was the Great Bristol 10k.

“As soon as I finished my first race I was already planning my next. I knew I could do it faster. I knew I could train more and that’s what I did. I now want to see what my body is capable of.

“There is nothing more motivating than improvements. I find it addictive. I don’t race to beat anybody else or for anyone but myself. I race to beat my last time and I always strive to be the best me.” 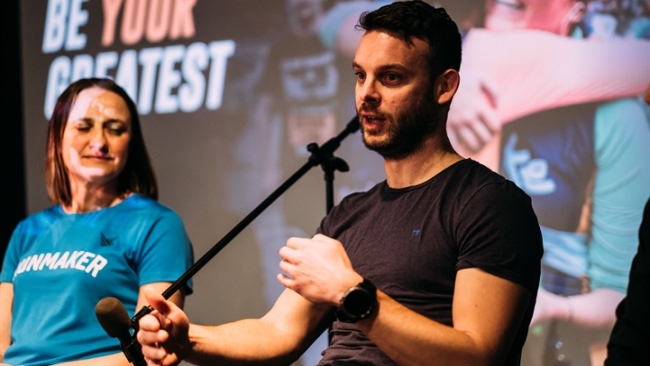 Gareth Mills is the UK Country Manager at Strava, the social network that connects millions of people across the world in sport. Strava encourages runners to document and celebrate what it means to be an athlete through running routes and segments.

The panel answered questions from an audience, full of inspiring runners from across the region including: 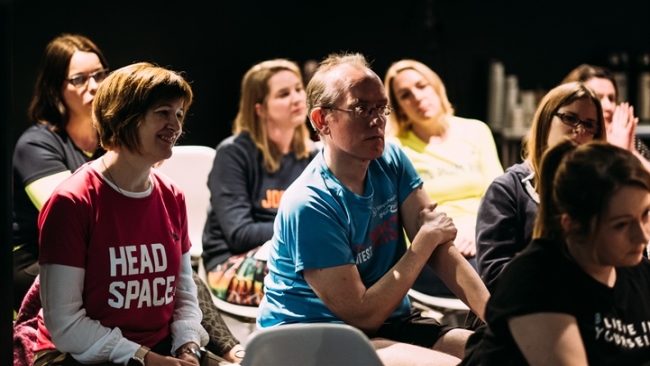 Lucy and Andy Liebow, from Kingswood: Lucy and Andy are joining a team of 30 runners who are running in their eight-year-old son Dexter’s memory, who died of neuroblastoma last February. Lucy and Andy have set up Dexter’s Odyessy to help families of children dealing with a cancer diagnosis.

Lisa Nelson, from Yate: Lisa was diagnosed with invasive breast cancer in May last year and has so far had chemotherapy and surgery. She has been a runner for many years and even continues through the first five rounds of her chemotherapy. Lisa has signed up to do the Snowdonia Marathon in October and is using the Simplyhealth Great Bristol 10k is the perfect way to start her marathon training.

Damian Tinchborne, from Temple Meads: Damian was a keen and competitive runner until he went through open heart surgery in April 2018. He walked the Simplyhealth Great Bristol 10K the following month for charity and is aiming to get back under 50 minutes, a target he achieved at the 2014 event.

Stacey Jordan, from Brew’s Hole: In 2016, Stacey and her sister Lucy took part in the Great Bristol 10k with the aim of finishing under an hour – missing their target by three minutes.

They vowed to smash their target in the coming years but tragically Lucy lost her life to an overdose, after battling mental health problems. Stacey is returning to the 2019 event to finish under an hour for her sister. 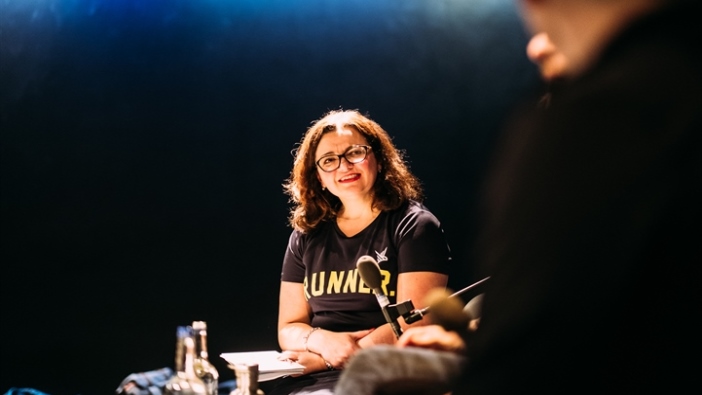 Runners from the This Mum Runs community and The Grand Appeal Children’s Hospital Charity were also in the audience. The evening was hosted by Sarah Pinch, who is part of the This Mum Runs Bristol community and took on the 10k for the first time in 2017. She has since gone on to run half marathons and is taking part in her first half-iron man distance this year.

The Simplyhealth Great Bristol 10k and Half Marathon courses make the most of the city’s picturesque backdrop, starting on Anchor Road and running parallel to the historic Bristol Harbour before continuing along Avon Gorge and taking in the Clifton Suspension Bridge. Runners then return to the city centre, passing Queen Square and finishing back on Anchor Road.

The 10k event in May also features the Simplyhealth Great Bristol Family Run, encouraging children and their families to get active together and take on a one-mile course around Millennium Square.

Bambos Neophytou, Brand Director, Simplyhealth, said: “Whether you’re running the 10k, half marathon or Family Run, the Simplyhealth Great Bristol 10k and Half Marathon is a fantastic opportunity for families to get active together.

“We’re really pleased to welcome inspiring influencers such as Elly, Mel and Aaron and we look forward to following their running journey. Whether running, jogging or walking, Simplyhealth will be supporting runners and their families every step of the way with our Active Plan, post event massage, gait analysis and stretch zone.

“We’re proud to have Diabetes UK as our official charity partner of the Simplyhealth Great Run Series 2019. Our partnership enables us to continue our great work in supporting people with their health; encouraging as many people as possible to become more active to reduce the risks of developing conditions such as diabetes.

“Good luck to everyone taking part and we look forward to seeing you at the finish line to celebrate your achievement.”

Bristol, Be Your Greatest. To enter the Simplyhealth Great Bristol 10K visit: Greatrun.org/Bristol10k