658 NHS staff from Manchester University NHS Foundation Trust (MFT) will be joining the Simplyhealth Great Manchester Run on Sunday 19 May as part of #TeamMFT.

Returning for 2019, Team MFT's dedicated NHS ‘blue wave' will once again be taking part in their distinctive NHS blue T-shirts.

Together, they'll cover a combined distance of 6,580km, the equivalent of running from Manchester to Atlanta, Georgia.

The Manchester NHS blue wave was the first in the UK, set up in partnership with Great Run last year. Since then the Great Run Company have started working with NHS Trusts in Birmingham, Stockport and Portsmouth on similar initiatives.

This year, over 100 members of staff from Stockport NHS Foundation Trust will also be joining in the Great Manchester Run for the first time, bringing the total number joining the blue wave to over 750.

Up to 30,000 people in total will be taking part in the course which runs through the streets of Manchester. Starting and finishing in the city centre, the course will be packed with live music, charity cheering points, boost zones and incredible support from thousands of local spectators.

Team MFT staff are being encouraged to run, jog, walk, or use a wheelchair to complete the 10k route, all in the name of supporting physical and mental health and wellbeing. They also have the option to fundraise for any ward or service across MFT if they would like to. 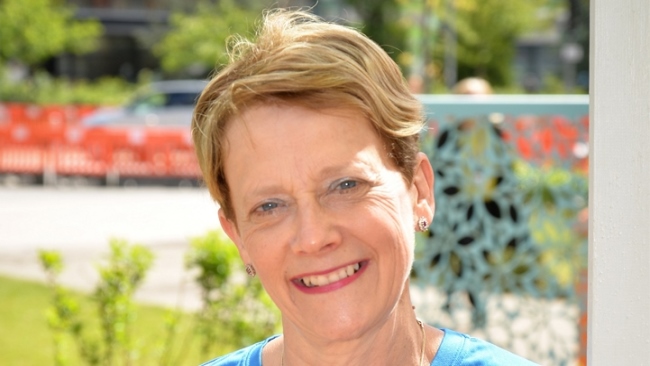 MFT Chief Operating Officer, Julia Bridgewater, was part of Team MFT in 2018 and is returning this year to show her support.

Julia said: “I am thrilled to be joining Team MFT again for the 2019 Great Manchester Run, where I'll be taking part alongside an inspiring team of colleagues across the whole of the Trust.

“This year the NHS blue wave is even bigger than last year, over double the number we had in 2018! Together we'll be taking on the course to show that anyone can get involved in events like these.

“I'm looking forward to the big day. We highly value our staff, as we know patients do, and it's a wonderful opportunity to promote their health and wellbeing, get involved in the community and celebrate the NHS.”

David Hart, partnerships director for the Great Run Company said: “We are very proud to be supporting NHS staff mental and physical well-being through this initiative, which will see a huge team of runners, joggers and walkers taking part in one of the most uplifting and iconic sporting events in Manchester. We're looking forward to seeing them on the day, where we'll all be cheering on the blue wave!”

Sue Arrand, Angela Shelton and Gillian Shields from Pharmacy Aseptic Services at Royal Manchester Children's Hospital were all self-confessed non-runners who set up a running group after work. With the support of to A&E Consultant Steve Jones they encouraged each other to go from ‘couch to 5K' together and kept going from there.

They began running around the hospital site on Monday and Wednesday evenings, along with a personal run on weekends. The group ran their first Great Manchester Run in 2017 to raise funds for the hospital and went on to run several more 5k and 10k events.

After a brief lapse, the group agreed to start again this year and take on the Great Manchester Run together.

Angela said: “We work in a small team and our role can very stressful, and so keeping a sense of camaraderie is very important to us. We wait for each other after work to make sure we can all run together, and while some of us are faster than others we always work around each other's ability.

“Together we've been able to improve our health wellbeing as a team. I am definitely an advocate for running, I have bronchitis which can make running difficult at times, but whether I'm running or walking I feel a real sense of achievement each time. It does wonders for me.”

The First-Timer
Florence Emelone is a receptionist at the Trust's Education Campus. She's taking part in the Great Manchester Run this year for the first time after being diagnosed with diabetes.

Florence said: “I volunteered last year, helping out with handing out bags and water bottles in the Team MFT tent. Then a while after the event, I found out I had diabetes.

“After I got the diagnosis I wanted to improve my health so I decided to  sign up for the run this year. I already enjoyed walking and so I started doing more of that to train. On the day of the run I'm going to jog or just fast walk!

“Since I started doing some exercise and reducing sugary things in my diet my diabetes is getting better. It was such a great event last year and I can't wait to be part of it this time.” 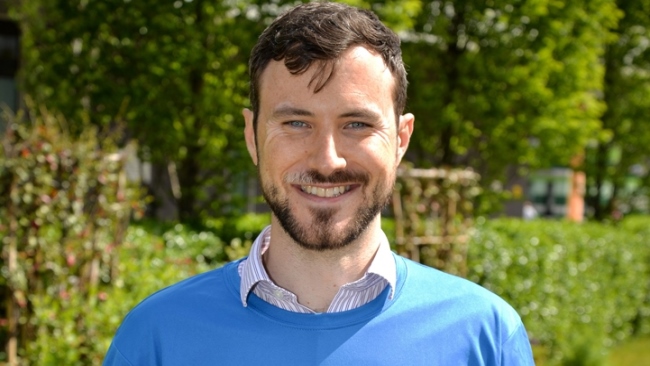 Danny Kearney, senior audiologist at Manchester Royal Infirmary was Team MFT's Fastest Man in 2018 with a time of 43 minutes and 47 seconds.

He took part in the Great Manchester Run 10k for the first time last year as part of Team MFT. He's an active runner and runs most weeks.

Danny said: “The blue wave and Team MFT is a great idea. I hadn't done the Great Manchester Run before despite living in Manchester for many years and the idea of running in the blue wave as part of Team MFT inspired me to sign up.

"Being signed up for a 10k is great motivation to get out and run and improve your fitness. The run is really well supported and the atmosphere is really encouraging. I'm looking forward to enjoying it as much this year as I did last year.”

The Role Model
Michelle Greenhalgh is a housekeeper on the Elderly Care Ward at Manchester Royal Infirmary.

Michelle said: “I have angina and I'm diabetic so if I can do it, anyone can! I signed up for the first time last year. I'd never taken part in anything like it before but I thought I needed a bit of a push with my health, so signing up for Team MFT gave me something to aim for.

“It encouraged me to start going walking more and doing aqua aerobics at my local baths in Crumpsall. I took my time on the 10k last year and really enjoyed it – I finished in 1 hour 55 minutes. I loved the atmosphere, there were so many people encouraging you on.”

The Fundraiser
Raj Subramoni is a health care assistant in the Acute Intensive Care Unit (AICU) at Wythenshawe Hospital. He loves running and every year does some fundraising for AICU. Last year he ran the Macclesfield Half Marathon and this year he's taking on the Great Manchester Run with Team MFT.

Raj said: “Team MFT is a really great idea as I love running anyway and by running for MFT Charity we have the option to raise money for a ward of our choosing. I'm joining the blue wave to raise money for equipment to help make patients and relatives on AICU more comfortable when they're here. When patients are on the AICU it can be a very difficult time for them, so anything that can make things easier for them and their relatives can make a big difference.”

Dr Manju Luckson, assistant research delivery manager at Greater Manchester Clinical Research is a mother of three that inspired her children to join in last year. She loved it so much she's back this year for more.

Manju said: “Signing up for Team MFT last year was the best thing I've ever done. I was always a walker and didn't do any running at all but I wanted to push myself. I ran with my children in the park as part of my training last year, and they absolutely loved it so I signed them up for the Junior and Mini Run at the Great Manchester Run too.

“On the day I wasn't nervous at all, I just wanted to show my kids I could do it and I felt so proud when I did. We had a wonderful day and we all can't wait to do it again this year. I don't mind how long I take, it's about completing it for me. I feel like I'm looking after my own health and also setting a good example to my kids.”

Manju will be raising money for Research & Innovation at Royal Manchester Children's Hospital.

Click here to be part of the Simplyhealth Great Manchester Run