There is less than a month to go until the Simplyhealth Great Manchester Run – and anticipation is building.

The 10k, which has grown to be Europe’s biggest 10k running event, now also boasts a half marathon as it celebrates its 15th anniversary on Sunday, 28 May.

In its 15-year history, the 10k has seen more than 300,000 athletes, fun-runners, and charity fundraisers raise millions for good causes, since the inaugural event in 2003.

This year will also see a host of famous faces lacing up their trainers and raising money for causes close to their hearts.

Former world champion featherweight boxer, Anthony Crolla, will be taking on the 10k with a team of professional fighters including Scott Quigg, the Smith brothers, Hosea Burton and Marcus Morrison.

Emmerdale’s Jeff Hordley, who plays Cain Dingle, has taken part in several Great Manchester Runs, but this year he will be DJing outside the Etihad Stadium, home to his beloved Manchester City, which forms part of the brand-new half marathon course. He is then planning to run in the 10k which takes place shortly afterwards.

Joe Gill, who plays Finn Barton in Emmerdale, will return to the start line of Europe’s biggest 10k to raise money for the Royal Manchester Children’s Hospital.

Manchester United and England legend, Bryan Robson, took part in the first-ever Great Manchester Run back in 2003, and he will be back again for its 15th anniversary, raising money for The Kirsty Club in honour of Kirsty Howard, who died at the age of 20. 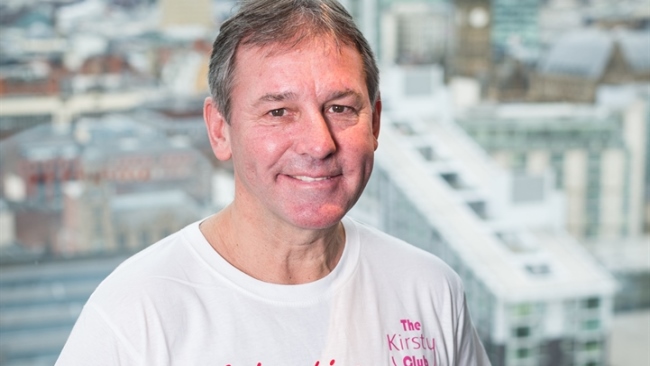 Mark Chapman, Match of the Day 2 and BBC Radio 5 Live presenter, will be pulling on his running shoes once again after taking on the London Marathon. The Salford-based presenter will be raising money for The Christie after his wife underwent treatment for cancer there.

Coronation Street star Cherylee Houston will take on the 10k. Cherylee, who plays Izzy in the ITV soap, completed last year’s Great Manchester Run in a high-tech wheelchair and will return for 2017, once more raising money for her own Triple C – Creative Confidence Collective, whose aim is to make theatre accessible for all.

Love Island contestant Kady McDermott has also signed up for the 10k and will be raising money for Brain Tumour Research.

A former honorary starter of the Great Manchester Run, Loose Women’s Denise Welch is a long-time supporter of the event, dating back to when she starred in Coronation Street. The presenter and actress will complete the 10k alongside partner Lincoln Townley. 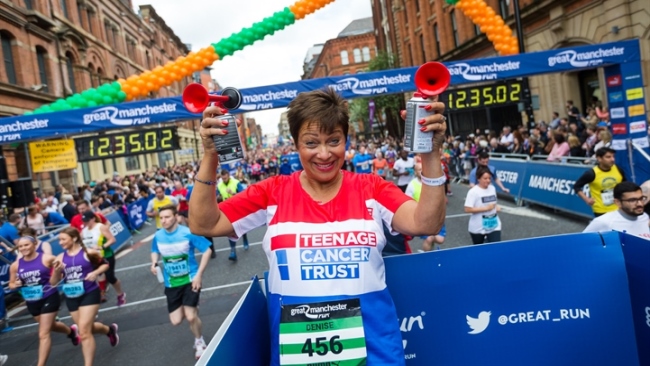 Former New Order and Joy Division bassist Peter Hook started running after recovering from alcohol addiction, and has gone on to run in 11 Great Manchester Runs. He will take on his 12th on Sunday 28 May, once more raising money for The Christie.