The wife and sister of a man who tragically lost his life to cancer are leading a team of family and friends to commemorate him at the Simplyhealth Great Manchester Run this year.

Louise Clague, from Northwich, Cheshire, and Lisa Webster, from Sale, set up #teamclague after their husband and brother, Andy Clague, lost his life in December.

Andy was a fit and active husband and Dad, and a very keen cyclist. In November 2015 the family's world was turned upside when he was diagnosed with cancer.

What Andy thought was a muscle strain in his back turned into pins and needles and over the course of three days, he lost the use of his legs.

Emergency surgery removed a lump from his spinal cord – the lump was Non Hodgkin's Lymphoma.

Despite multiple rounds of chemotherapy and radiotherapy, the disease returned and a gruelling stem cell transplant was the next option.

The transplant was unsuccessful and in May 2017 Andy was given the devastating news that he was not going to recover.

Despite being at his poorliest, Andy's sense of humour and positivity shone through until the very end and it was this that inspired #Teamclague to come together to fundraise and run in his memory. 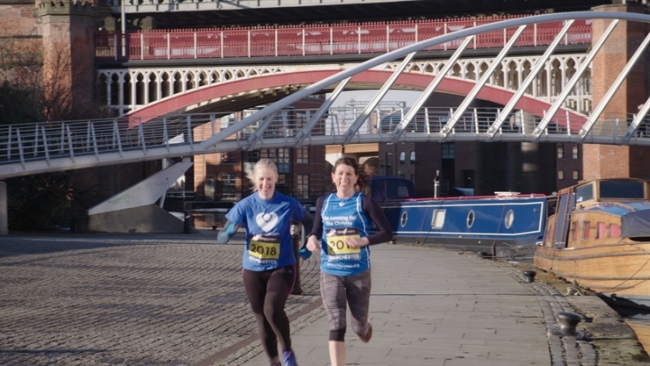 Andy received most of his cancer treatment at The Christie in Manchester and #Teamclague have a team of twenty people running for The Christies' charity at the Simplyhealth Great Manchester Run on Sunday 20 May.

They hope is to raise £10,000. #teamclague are made up of family and friends – brothers, sisters in laws, cousins, nieces, nephews and friends – all showing how much they loved Andy.

Louise and Lisa are taking on the half marathon while Andy's brother Dave, and Lisa's husband, Andy are running in the 10k.

Lisa's children Evie, six , Jake, four, along with cousins Ben, 12 and Jamie, 8, will take part in the Simplyhealth Junior and Mini Great Manchester Run on the same day. Uma, 12, Andy's niece and designer of #teamclague t-shirts, will also run with them.

Lisa, 42, said: “Cancer does not discriminate. Just over two years ago, Andy's life was nigh on perfect. He thought nothing of cycling 80-100 miles and family meant everything to him.

“After a couple of week's discomfort in his back, he decided to go to the doctors. Just before he did, a sneeze sent electric shocks down his legs and over the course of the next few days, he lost the use of his legs.

“In November 2015 he was rushed to hospital and a scan showed he had a tumour strangling his spinal cord. Surgery and a biopsy revealed it was non-Hodgkin's lymphoma, a type of blood cancer.”

Louise added: “Andy sense of humour was legendary; he carried himself with unbelievable grace and dignity throughout his illness, usually with a joke. The Christie did a fantastic job caring for him and we're going to try and raise as much money as we can, as well as raise awareness about giving blood and donating stem cells, which is very easy, painless and straight forward.

“Some people are, shall we say, ‘less' fit and running for the first time, and we've got some more experienced runners with egos – a real mix, which is fantastic.”

#Teamclague will join 30,000 people who will experience a running event like no other on the streets of the undisputed capital of the North. 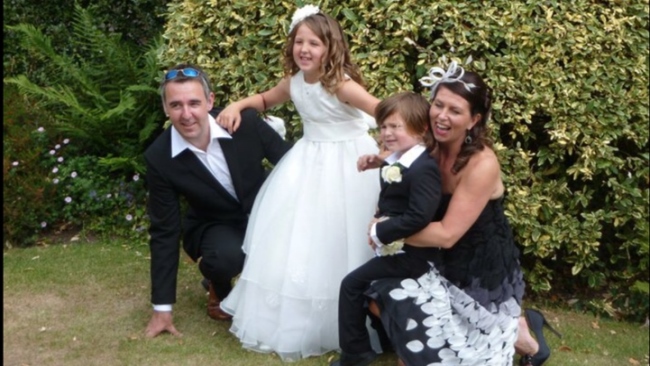 Whatever their pace or motivation, thousands will share the satisfaction of completing a running challenge as they celebrate the energy, perseverance and passion that makes Mancunians great runners.

Lisa, who works as a technical consultant, added: “Whenever I have run in Manchester its always been a great experience with huge crowds”.

“I haven't done the half marathon before, but I've done the 10K a few times. It's busy the whole way round. If you feel like you're flagging, there's always people cheering you on. It pushes you to keep going to the end.

“I think it will be exciting when we get to the start- there will be a real buzz.

“When you get to the last mile, you realise you ARE going to make it – you're going to finish it – there's such a sense of achievement.

“The Christie provide services for patients and their families above and beyond the NHS, and they also crucially fund research to try and find a cure for this horrible disease and we want to make sure that a cure is found.”