We took a quick pit stop with the former Gadget Show and Formula One presenter and talk gadgets, playlists, gear and food.

The Sun Donington Summer Running Festival features a family mile, a 5k, 10k and 10-mile run around the world-famous track, centrally located near to Leicester, Derby and Nottingham. Click here for more information.

What will it be like to run around a race track?

"I've never ran around Donington before. I've gone around it in bikes and scooters and cars, but it will be nice to pound it with my actual feet.

"It's a real privilege to be able to come here and run the track. It's unique, and that for me is the biggest selling point of the run here, it's a great idea.

"It's also a good opportunity for the family to get together. You can pick your distance then watch each other in their chosen event. It's not competitive, it's just about getting your kicks on and getting out there and having a laugh.

"There will be so much going on around the event too, with the bands playing – it'll be a real carnival atmosphere.

"The motorsport moments that have happened here every year have been spectacular. To kind of re-live the greats that have been around this track –  Ayrton Senna, Barry Sheene on two wheels, Valentino Rossi – and now us. Now we can go around too.

"I'll be taking the racing line around all the corners and I may even have a bit of Murray Walker in my ears, commentating as I go round.” 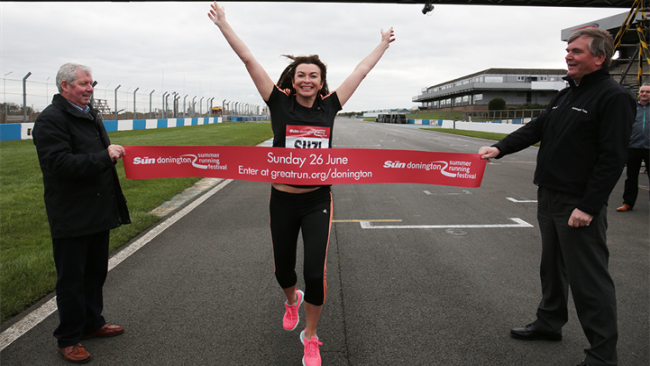 What's on your running playlist?

"A lot of Michael Jackson. My standard playlist is pretty much all Michael Jackson. A lot of disco and upbeat stuff, 70s stuff rather than current. I have Ministry of Sound playlists that I'll run to for a change, but you can't beat a little bit of MJ when you're running. If you get tired you can do a bit of moonwalking and then pick it up again.

"For me, I could be healthy and say salad, but I like to dive in for a bit of pizza, myself. There's going to be loads of food available on the day, so there will be something for everybody."

What gadgets do you go for while staying fit?

"I've got to be honest, I use one app called HIIT, which is a counting app when I do high intensity interval training – I do 20 minutes four times a week. I use that so I know what I've done, but I don't usually use a lot of tech.

I think you can get a bit tangled up in technology when you do sport, you just need to get out there and do it.

"I know if I'm going to push myself, I know when I'm slacking and I don't need an app or technology to tell me that.

"I don't really use anything like that. It's probably not the answer you'd expect from me – I'm old school. I listen to music when I'm running but that's pretty much as far as it goes.

Thanks Suzi for that chat. Suzi launched Great Run's The Sun Donington Summer Running Festival this month. Taking place on June 26, it's a day for the whole family. Secure your place today and enter. 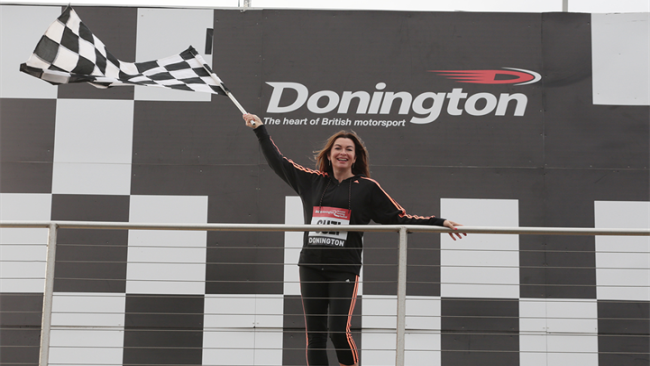