The beginning of the journey to better mental health was only a few 10k’s away for local runner Chris Reid, 19.

Diagnosed with bi polar at just 15, it was watching Sir Mo Farah storm to double victory at the 2012 Olympics that inspired him to take up the hobby that has changed his life.

The Leyton runner, who also has Cerebral Palsy and learning difficulties, laced up his trainers and joined local club Eton Manor, one of the oldest running clubs in East London. The club worked with him, his parents, coaches and other members to understand his difficulties and help him get the most from his training.

Now with numerous races under his belt from 5k’s to half marathons, Chris is once again training for the Simplyhealth Great Newham London Run to follow in the footsteps of the legend that inspired him. 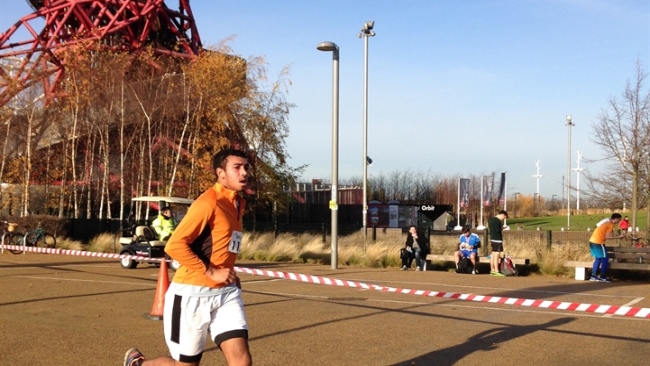 Taking place on July 2 at the London Stadium, the 10km run and 2km Family Run take in the sights of Queen Elizabeth Olympic Park before heading inside the stadium to finish on the iconic athletics track.

“I took part in the Simplyhealth Great Newham London Run last year, and the year before, and I just love running into the stadium,” he says. “The buzz of the crowd as you run into the stadium is amazing, they help me keep going.”

“I’ve signed up to help others. Running makes me feel refreshed. When I feel stressed and anxious, running gets it out of my system. I think it’s great for mental health, it refreshes your brain, and I also sleep better.”

Not content with his own running exploits, Chris has also inspired his family to lace up and do the same.

“He badgered me into it,” says Cheryl. “He was loving it, and he kept coming home telling me I should do it, so I did. I ran the Newham run two years ago and loved it so much I thought we’d do it again.”

The changing conversation around mental health has been much celebrated recently, with the benefits of physical exercise a focal point for many.

“Anxiety and stress can build up with bipolar, and after he comes back from a run he’s just always happier,” says Cheryl. “It’s helped with his confidence, being part of the running club, and having both a learning disability and bipolar can really knock your confidence.”

Eton Manor’s inclusive ethos focuses on mental and physical growth, paving the way to a healthier life for many of its members.

“We do encourage people with mental health issues to come to the sessions,” says Trevor East, Club Coach and Youth Section Lead. While some runners tell us from the outset that they want to run as they believe it will act as a coping mechanism for their respective mental health, others open-up over time as they become more familiar with their running peers, confident in the knowledge that they will not be judged.”

“Running is my support group,” Chris adds. “I’ve made lots of friends at Eton Manor and I can’t wait to run in the stadium again.”